We are so rich, yet so poor…
Extractives are a very critical part of mineral rich economies across Africa. Extractives contribute directly to countries’ Gross Domestic Product (GDP). Africa alone is home to about 30% of the world’s mineral reserves, 10% of the world’s oil, and 8% of the world’s natural gas. At the same time approximately 43% of its people live in extreme poverty. This is according to a World Bank report. Our mineral wealth is so vast that in an ideal world, if properly managed with the right policies in place, most or all mineral rich countries in Africa would be self sustainable and tremendously improve the per capita income of the people and bridge the inequality gap.

Mineral Wealth
Here is the testament to some of our mineral wealth in Africa; Botswana is home to 35 percent of Africa’s diamonds, most of which are gem quality, and is the world’s leading producer of diamonds by value. The Democratic Republic of Congo is estimated to have more than $24 trillion worth of untapped raw mineral ore deposits, but even so it remains one of the greatest producers of diamonds (34 percent) and copper (13 percent) in Africa.

South Africa the continent’s richest country values its mineral endowment at more than $2.5 trillion in mineral reserves; it is the world’s largest producer of chrome, manganese, platinum, vanadium, and vermiculite, and the second-largest producer of ilmenite, palladium, rutile, and zirconium. Tanzania is the fourth-largest gold producer in Africa, though earns just under 3 percent of its gross domestic product from the mining industry. Namibia mines 46 percent of Africa’s uranium. Mozambique produces 32 percent of Africa’s aluminum , with 32 percent of Africa’s supply. Zambia is holds between 65% to 77% of Africa’s copper supply. Guinea is responsible for more than 95 percent of Africa’s bauxite production. Kenya that is regarded the newbie in the Mining has the 3rd largest Soda Ash deposits and in February of 2017 announced one of the biggest gold discoveries in its history.
To add to this, Africa is estimated to hold 120 billion barrels of oil reserves, no less than half of Saudi Arabia. The African Development Bank (AfDB) reports that the continent’s natural resources will contribute over $30bn per annum in government revenues over the next 20 years.

Youth Unemployment
However, even with this enormous wealth, Africa’s unemployment levels are among the highest around the globe especially among the youth, and mark you, Africa is home to the youngest population in the world. Going by the “Trends for Youth” report by The ILO’s World Employment and Social Outlook (2016), the global number of unemployed youth rose by half a million in 2016 and is set to reach 71 million by the year 2020. The youth unemployment rate in sub-Saharan Africa is expected to continue on its downward trajectory, which began in 2012, to 10.9 per cent in 2016 and decreasing slightly to 10.8 in the following year. In South Africa, more than half of all active youth were unemployed in 2016, representing the highest youth unemployment rate in the region. Kenya just like Uganda has a high unemployment rate of up to 40 percent.

Its not news that youth of our times have been brought up to be more of job seekers and less of job creators. The ideal life for today’s young people is a well paying job – one where they don’t carry the responsibility of being the employer. This of course could also be explained by our education system that trains more white collared middle managers and less of technical skilled experts or top management executives. Those who attain executive positions will pretty much hold qualifications from educational institutions abroad. The same goes for highly skilled technical human capital who to fit in the job market for only specific jobs on demand. 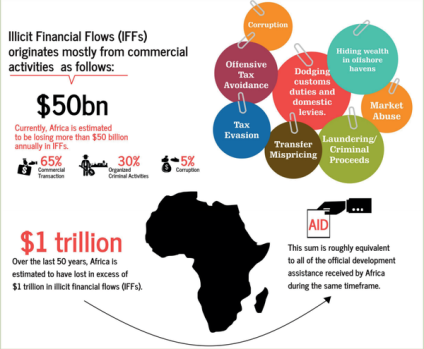 Question one won’t help asking is why the continent biggest resource the youth, are minutely involved in the extractives industry in general? Could it be because sectors mining, oil and gas are unattractive to our generation? Are the young people misinformed about the returns on investment from these sectors? Do they lack the skills and knowledge on the value chain? or is it simply that as a continent we have not preached the gospel of extractives well enough to make it likeable and appealing to the youth? Or do we need a phase of self-colonization to have a mind shift and change in perception to awaken the excitement of the value and potential of our mineral wealth?

If this helps, here is some unwelcome news; Africa is said to be losing over $60 billion a year in illegal outflows and price manipulation in the extraction of minerals, with most of the proceeds going offshore. Most of out Mineral wealth is exported in raw form rather than processed by us!

An Industrial Africa
It would be of much great benefit if aside from drawing up best practices from out policies, Africa also visualizes a future where we not just the garden from where the farmer draws crop to move to the market but also attracts the consumer to the farm where the crop is grown. In the extractives case,  Africa as a continent needs to advance from being the raw material exports and create an enabling environment for mineral processing to thrive. As it is through exploration, mining, processing and manufacturing end products from our minerals on the continent that there will be a trickle down effect to the people. Mining gold and exporting to Asia and back to the continent is a demonstration that after over fifty years of independence, the mineral rich countries have not advanced much in terms of scaling up mineral productivity. So while our nations grapple with the burden of its youth being unemployed, let’s also know that we ourselves hold the keys to unlocking the diversification potential and industrialization boom in Africa. South Korea did it, China did it, India is doing and so can we. 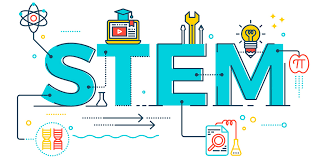 Youth in Extractives
Let us invest in the young people; open up the extractives value chain to the younger generations. With all the technological advancement we cannot be left behind. We are a more exposed continent now. We can have more of our young people taking up Science Technology Engineering Mathematics (STEM) courses. For it is through this, that we will be able to fully regulate the number of expatriates to allow 90% local employment of our people in the mining, oil and gas sectors.